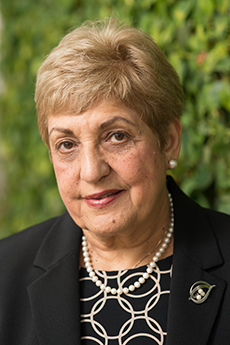 Professor and Fellow of IEEE

Professor Mona Zaghloul is the director of GW’s Institute of MEMS and VLSI Technologies.  She conducts research in: digital and analog design of VLSI circuits, VLSI systems applications, and the design and implementation of micro/nano-sensors using micro and nano technology.  Examples of the devices on which her team works are: chemical gas sensors, biosensors, and RF-MEMS.  Her research group works in collaboration with local and national laboratories and with industry.  Professor Zaghloul has published over 300 technical papers in the general areas of circuits and systems, microelectronics systems design, VLSI circuits design, and MEMS/NEMS systems, and she has contributed to several books.