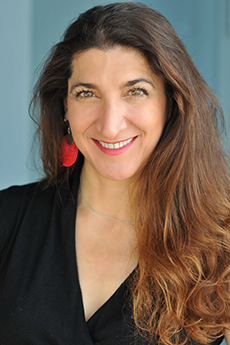 Dr. Lorena A. Barba is a professor of mechanical and aerospace engineering.  She has M.Sc. and Ph.D. degrees in aeronautics from the California Institute of Technology and B.Sc. and PEng degrees in mechanical engineering from Universidad Técnica Federico Santa María in Chile. Prior to joining GW, she was an assistant professor of mechanical engineering at Boston University (2008–2013) and a lecturer/senior lecturer of applied mathematics at University of Bristol, UK (2004–2008).

Professor Barba is an Amelia Earhart Fellow of the Zonta Foundation (1999), a recipient of the EPSRC First Grant program (UK, 2007), an NVIDIA Academic Partner award recipient (2011), and a recipient of the NSF Faculty Early CAREER award (2012). She was appointed CUDA Fellow by NVIDIA Corporation (2012) and is an internationally recognized leader in computational science and engineering.

Professor Barba leads a research group in computational science and fluid dynamics, but often crossing disciplinary borders into applied mathematics and aspects of computer science. With a central interest in computational fluid dynamics, she extends her research program into other areas, driven by the motivation of using computational methods and high-performance computing in new fields. One of these is biomolecular physics, where she is developing computer methods for problems in protein electrostatics. Her team works using GPU accelerators and develops parallel algorithms for large-scale computing.