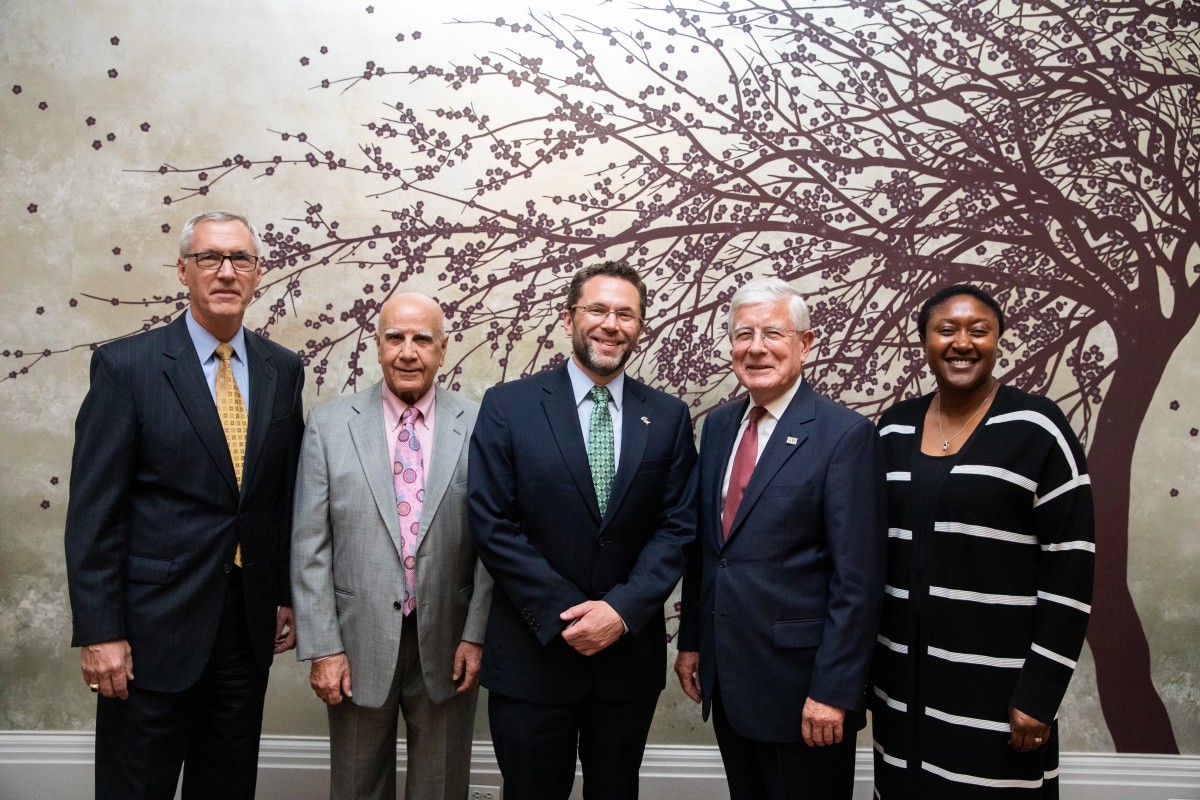 On October 10, at his first ceremony since being named dean of SEAS, Dean John Lach inducted four honorees into the GW Engineering Hall of Fame. The 2019 honorees include three SEAS alumni and the school’s recent former dean, Dr. David Dolling.

In addition to the Hall of Fame induction ceremony, this year’s celebration paid special tribute to Dr. Dolling and his decade of leadership at SEAS. The tribute included the surprise announcement of an endowed scholarship created in Dr. Dolling’s name and a video overview of his legacy. He also was presented with a GW lapel pin that SEAS alumna and NASA astronaut Serena Auñón-Chancellor, B.S. ‘97, took aboard the International Space Station on her six-month mission in 2018.

Davinder Anand is professor emeritus of mechanical engineering and director of the Center of Engineering Concepts Development at The University of Maryland, College Park (UMCP). During his career, he previously served as senior staff at the Johns Hopkins University Applied Physics Laboratory, as a program director at the National Science Foundation (NSF), and as the chairman of the Department of Mechanical Engineering at UMCP. He also founded two consulting companies, TPI, Inc. and Iktara Associates, LLC. His research and consulting work was in dynamics, control systems, and manufacturing. In 2013, he founded The Neilom Foundation, whose vision is to help improve the lives of young people at the intersection of health, education, and technology. Most recently, he developed a successful new program in engineering for social change in partnership with the School of Public Policy at UMCP. He was awarded the NSF Sustained Superior Performance Award and the UMCP Outstanding Accomplishment Award. He is a Fellow of the American Society of Mechanical Engineers, a registered professional engineer, and a member of the Cosmos Club. He is also a Distinguished Alumnus of the George Washington University and has received the Outstanding George Washington University Alumni Award. Dr. Anand received his bachelor‘s degree, master‘s degree, and doctorate, all in mechanical engineering, from the George Washington University. 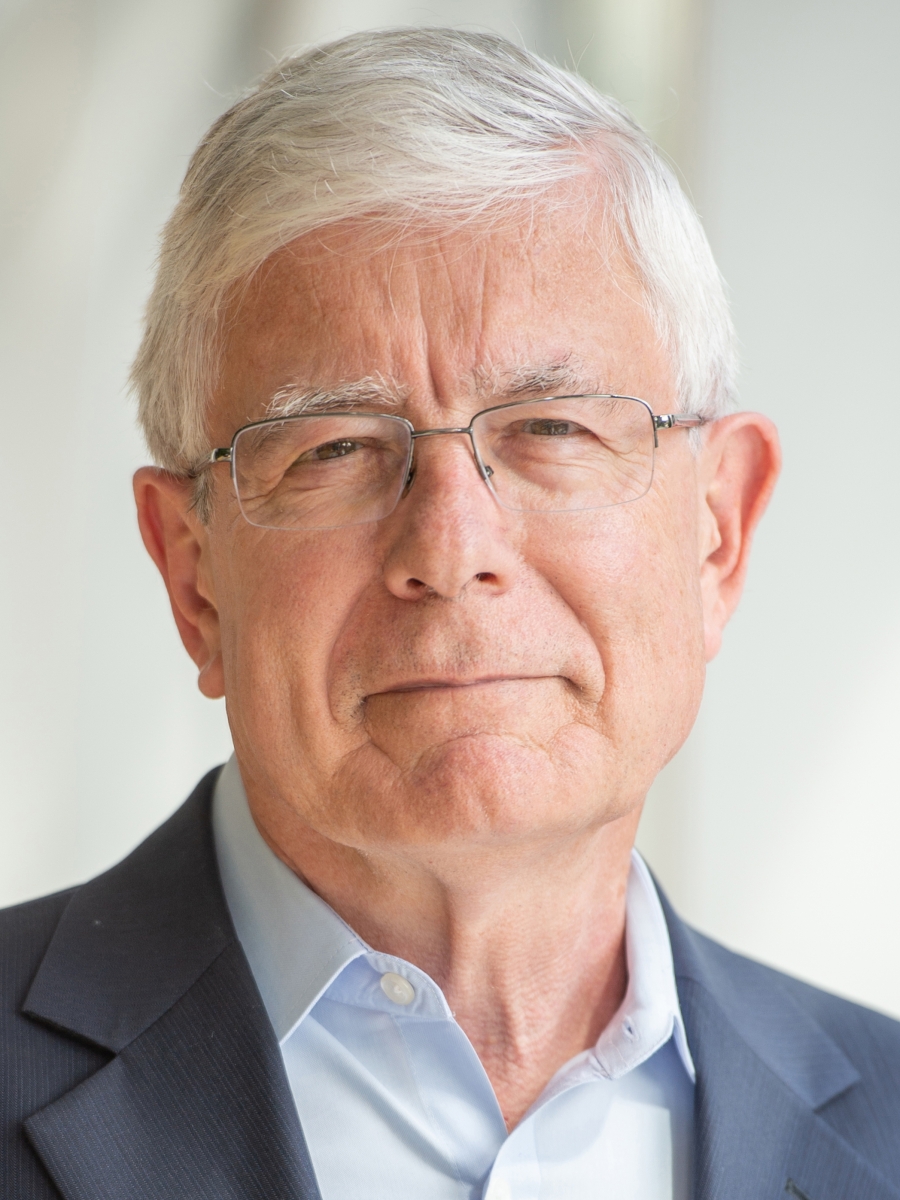 David Dolling is currently a professor in the Department of Mechanical and Aerospace Engineering in the School of Engineering and Applied Science (SEAS) at the George Washington University. From September 2008 through August 2018, he was dean of SEAS and led the school through an exceptional growth period that included adding the Department of Biomedical Engineering, recruiting approximately 60 new faculty across SEAS who subsequently secured record levels of research funding, adding new endowed professorships and scholarships, doubling the undergraduate body, increasing the number of women earning bachelor degrees to more than 40 percent of the graduating class, and transitioning the school into the new Science and Engineering Hall. Prior to joining SEAS, Dr. Dolling was at The University of Texas at Austin, where he was chairman of the Department of Aerospace Engineering and Engineering Mechanics (1994 – 2003) and associate dean for academic affairs in the College of Engineering (2004 – 2008). He was elected Fellow of The American Institute of Aeronautics and Astronautics (2000) and The Royal Aeronautical Society (2001) for his contributions to the understanding of supersonic and hypersonic shock wave-induced unsteady turbulent flows. Dr. Dolling is a graduate of London University (United Kingdom), earning a bachelor‘s degree with first class honors and a doctorate, both in aeronautical engineering. 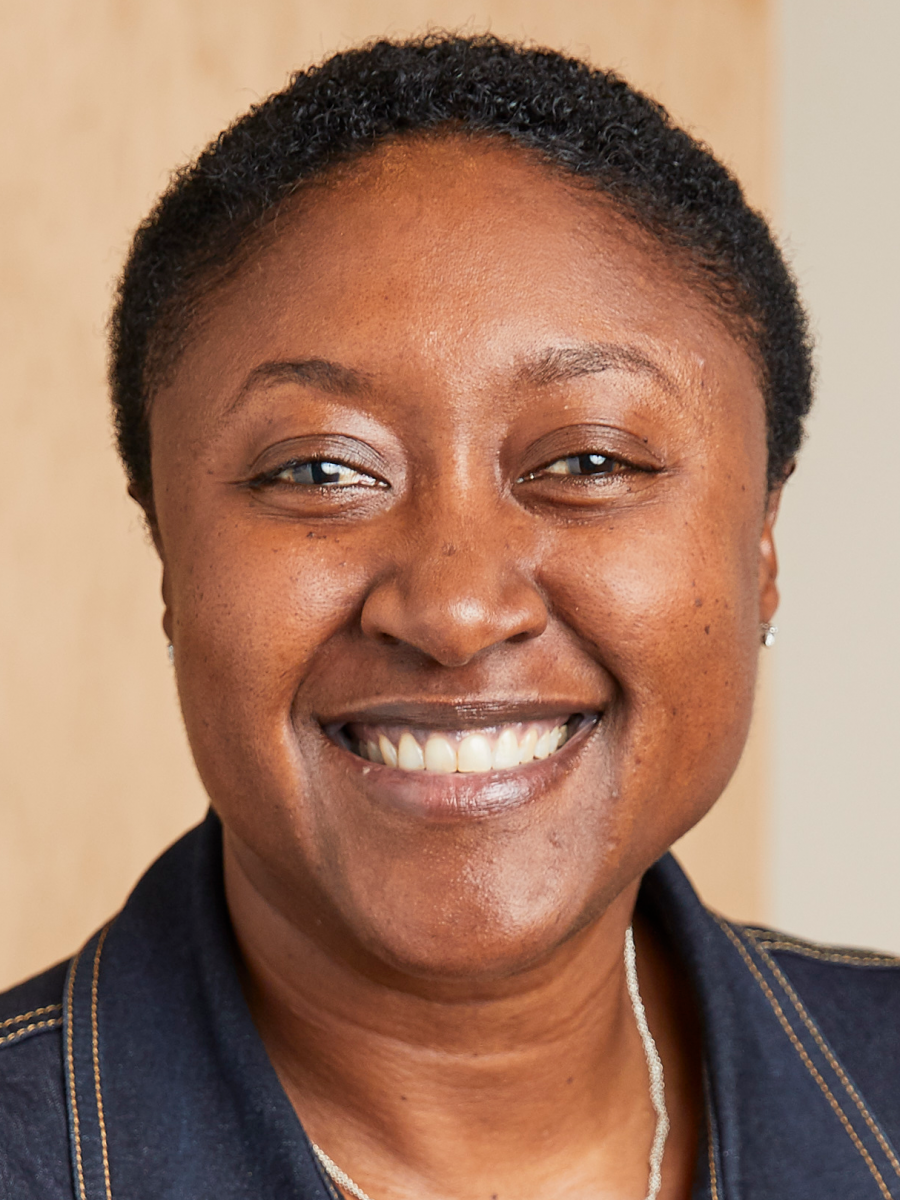 Aicha Evans is the chief executive officer of Zoox, an autonomous mobility developer. Prior to joining Zoox in February 2019, Ms. Evans worked for Intel Corporation for 13 years. She most recently served as senior vice president and chief strategy officer at Intel, responsible for driving its long-term strategy to transform from a PC-centric company to a data-centric company. Before this, she was general manager of Intel’s Communication and Devices Group, where she oversaw a 7,000-person global organization and was responsible for its wireless business and engineering for multi-communications products and platforms, including Radio Frequency transceivers (RF), cellular LTE and 5G modems, Wi-Fi, Wi-Gig, GPS, and Bluetooth. Prior to Intel, she spent 10 years in various engineering management positions at Rockwell Semiconductors, Conexant, and Skyworks. She was appointed to the Anita Borg Institute Board of Trustees in 2016 and to the Supervisory Board of SAP in 2017. Ms. Evans holds a bachelor’s degree in computer engineering from the George Washington University.

Richard Spires is the chief executive officer of Learning Tree International, a leading provider of IT workforce development and training solutions. Prior to leading Learning Tree, he was appointed as the U.S. Department of Homeland Security’s chief information officer (CIO) and served in the role from 2009 to 2013. He also served as the vice-chairman of the Federal Government CIO Council and the co-chairman of the Committee for National Security Systems. Mr. Spires held a number of positions at the Internal Revenue Service from 2004 through 2008, serving first as the CIO and then as the deputy commissioner for operations support. He also recently held the position of chairman of ACT-IAC, the leading non-profit organization dedicated to improving the effectiveness of government through the use of information technology. Mr. Spires received bachelor’s degrees in electrical engineering and mathematics from the University of Cincinnati and a master’s degree in electrical engineering from the George Washington University.